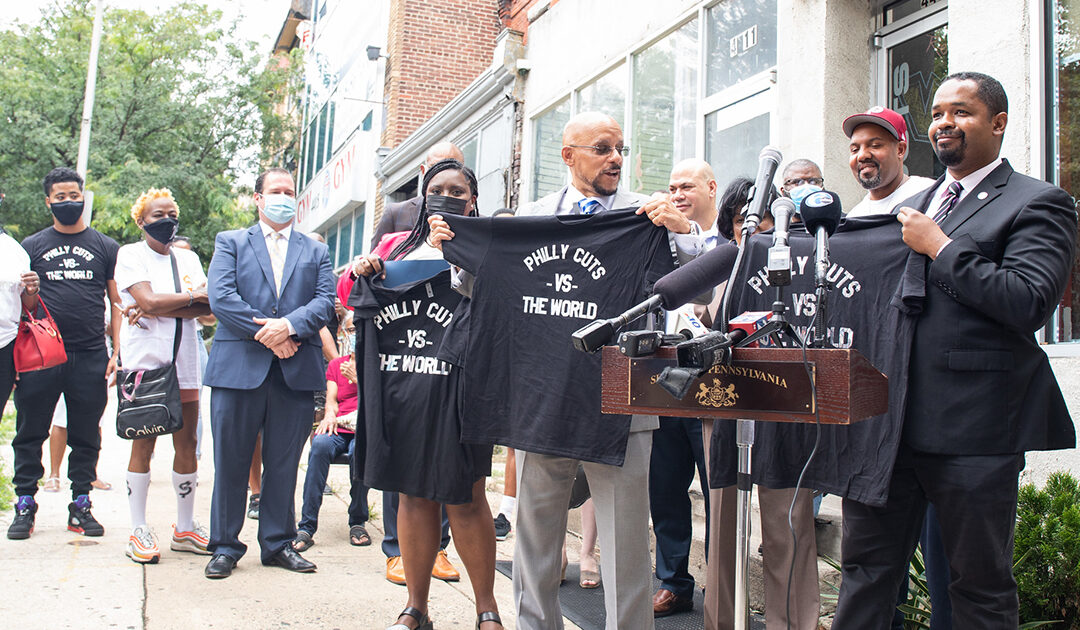 At a news conference outside a West Philadelphia hair salon, Hughes was joined by House Democratic Leader Joanna McClinton, industry professionals and Neil Weaver, deputy secretary at the state Department of Community and Economic Development which will oversee the distribution of the funds.

“As the pandemic spread last year, these small businesses did what we asked them to do and were among the hardest hit,” Hughes said. “Unlike restaurants and other businesses, there were no regulatory work-arounds or socially distanced options.  You can’t give a drive-through haircut.  For some, this will mean survival.”

The new relief money will be made available to businesses that applied for funding last year under the newly created the Small Business Grant Program but did not receive funds after the program exhausted its nearly $225 million budget.

House and Senate Democrats worked with the administration of Gov. Tom Wolf to re-fund the program as the industry continued to struggle.

“Since the start of the pandemic, we have invested hundreds of millions of dollars in pandemic support to thousands of people with tangible, meaningful effects, but we knew more support was still critically needed,” said Weaver. “We thank our small business owners who stayed strong and got creative during the pandemic, and we thank the customers who continued to show their support even during the most trying of times.”

State Sen. Sharif Street, whose 3rd Senate District stretches from Temple University to Roxborough, said the salon industry is struggling in the neighborhoods he serves.

“I am both personally and professionally pleased that we were able to marshal resources to help barbers and beauticians who were hit particularly hard by the COVID mitigations,” he said.  “These men and women run the businesses that are the lifeblood of our communities.”

The state officials were joined at the news conference by industry professionals whose stories provided the momentum for the press to find more help for the 1,200 community-based small businesses that were left out of the original grant program.

Hughes and industry professional noted that the delta variant is extending the pandemic’s effect on businesses while the state sits on $7 billion that was intended to help rescue small businesses.

“The reality of it is the need is still there,” said Ann Turner, president of the Pennsylvania Professional Image Alliance. “We are still fighting. We are still working together.”

Hughes said the image and hair care industries are an integral part of the local economy, as well as an important path to employment for disadvantaged workers who are willing to work hard but are unable to afford college.

“As we were listening to the folks in the industry over the past year, we were struck by the number of veterans, people in recovery and formerly incarcerated have found new purpose and new success inside these small businesses,” he said. “They’re a lifeline and we can’t let these success stories end.”

Sen. Art Haywood, who represents parts of Philadelphia and Montgomery counties, said the American Rescue Plan continues to create a more just economy by directing funds to the hardest hit.

“This funding is essential to help our hard-working hair stylists and barbers bounce back from the pandemic, said state Sen. Art Haywood. “Thanks to the American Rescue Plan, these funds will create a just recovery from the suffering caused by COVID-19.”