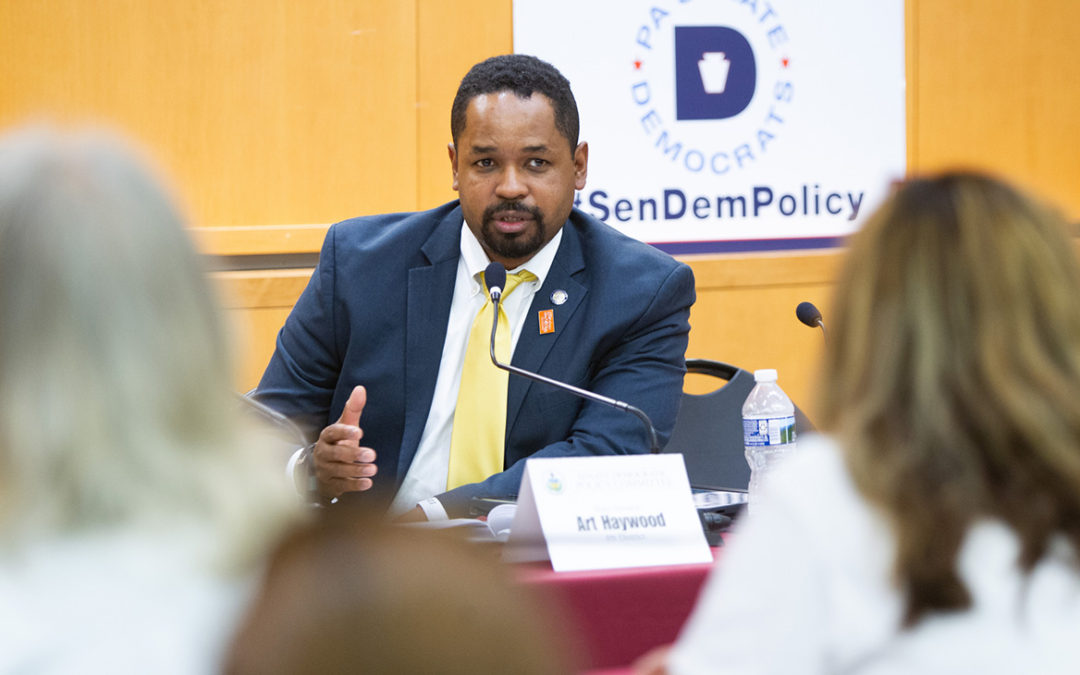 Philadelphia, PA − June 6, 2019 – At the request of state Senator Anthony Hardy Williams (D- Philadelphia), the Senate Democratic Policy Committee today held a hearing on ways to improve the accessibility, safety and reliability and working conditions for Transportation Network Companies (TNCs) such as Uber and Lyft.

“Accessible transportation within Philadelphia and across Pennsylvania is a crucial part of our state’s economy,” Williams said. “Ride-hailing services like Uber and Lyft are becoming more widely used, so we need to make sure that both the drivers and passengers of these services are safe and fairly compensated for their work.”

Williams added that the hearing was prompted by the rapid change in the transportation habits of so many Americans, raising concerns about how TNCs operate in Pennsylvania and how they treat their workers.

In a Pew Research Survey conducted in 2018, 36 percent of Americans said they had used ride hailing services – more than double the 15 percent in 2015.

Members of the Pennsylvania Drivers Union and TNC drivers who testified at the hearing claim that it is the policies of TNCs that is causing the decrease in wages for drivers.

“I feel frustrated, manipulated and taken advantage of by Uber’s company culture, their misclassification of my work status and their purposely confusing and constant changes to my earnings, policies and procedures,” said Siti Crook of Coatesville, Pennsylvania.

Vice Chairman of the Pennsylvania Utility Commission, David W. Sweet, testified that Act 164 of 2016 was passed by the Pennsylvania Legislature to regulate TNCs with a focus on the safety of passengers and regulation of TNCs. He said that typically labor issues, such as driver dissatisfaction with compensation, are outside of the scope of PUC oversight utilities.

Scott Petri, of the PPA, said that one of the flaws of Act 164 does not allow for enough oversight over TNCs. The PPA is says that their inability to audit and collect data limits their ability to effectively address congestion issues, surge pricing and demands for service data.

Sen. Lisa Boscola (D-Lehigh/Northampton), who chairs the committee, said, “I didn’t know about so many of these issues until I came here today, and I want to thank everyone who testified here today for sharing these issues.”

Testifiers at the hearing include: