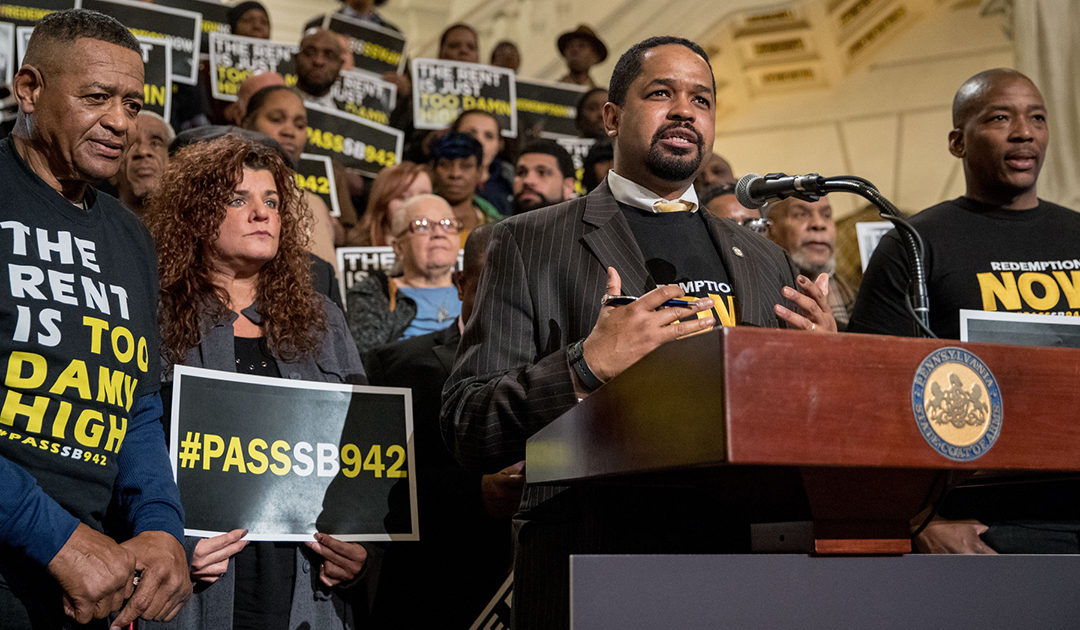 “For those out there who believe in the power of God to change the hearts, minds, and souls, we need to acknowledge that and we have the opportunity for those redeemed souls to reunite with their families and that we do not waste taxpayer money incarcerating those who do not need to be incarcerated,” said Senator Street. “There are a number of reasons we should move this legislation forward. First, it makes good fiscal sense and we have to be good stewards of the taxpayer’s money.

Second, there is a justice issue in that we are actually holding people in jail as an accessory to a crime longer than the person who actually took a life. Finally, because I personally believe as a moral imperative that redemption should be available for all.”

SB 942 would permit an individual sentenced to life imprisonment under the laws of this Commonwealth to be considered for parole after spending at least 15 years in prison. It also extends parole eligibility retroactively to those sentenced prior to the effective date of the legislation. The bill creates no right to parole, so it will not allow our most dangerous inmates to go free. The Commonwealth’s Board of Probation and Parole will continue to responsibly reject requests for parole from those who do not deserve it, or who present too great a safety risk to the public.

Senator Street was joined at Tuesday’s rally by a host of supporters and elected officials. 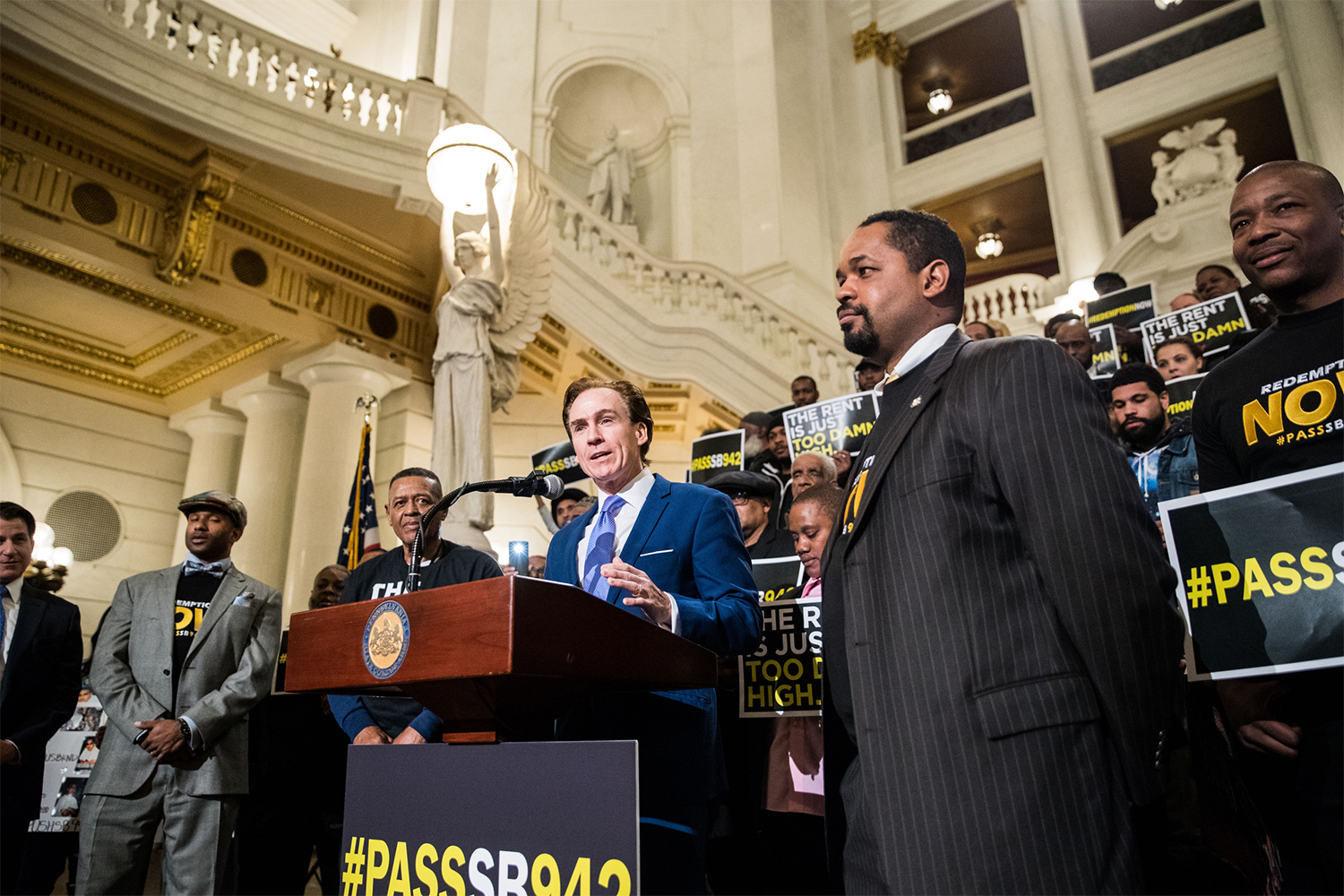 “Hope is so powerful. It is what is going to enable our society to transcend into one that is about forgiveness and love, instead of punishment and waste,” said Lieutenant Governor Mike Stack. “Let’s build futures, not more prisons. Let’s build more schools, not more penitentiaries. Let’s pass Senator Street’s legislation. Let’s truly be about second chances and let’s really do true justice.”

Senator Vincent Hughes, Senate Democratic Appropriations Chair lent his support to SB 942: “Let’s speak the truth to the power that’s running in these buildings. Let’s make 942 happen, but let’s not stop there.  Everybody deserves a second chance.”

Senator Street was also joined by people directly affected by the harsh and permanent sentencing in Pennsylvania.

“The juvenile lifers and commuted lifers are examples of how the deserving lifer population will re-enter society,” said former juvenile lifer Shavonne Robbins. “Not one of us have re-offended or violated his or her parole. We continue to fight for all lifers and educate everyone who will listen to their stories of redemption. I stand here a free woman, but I am still a lifer.” 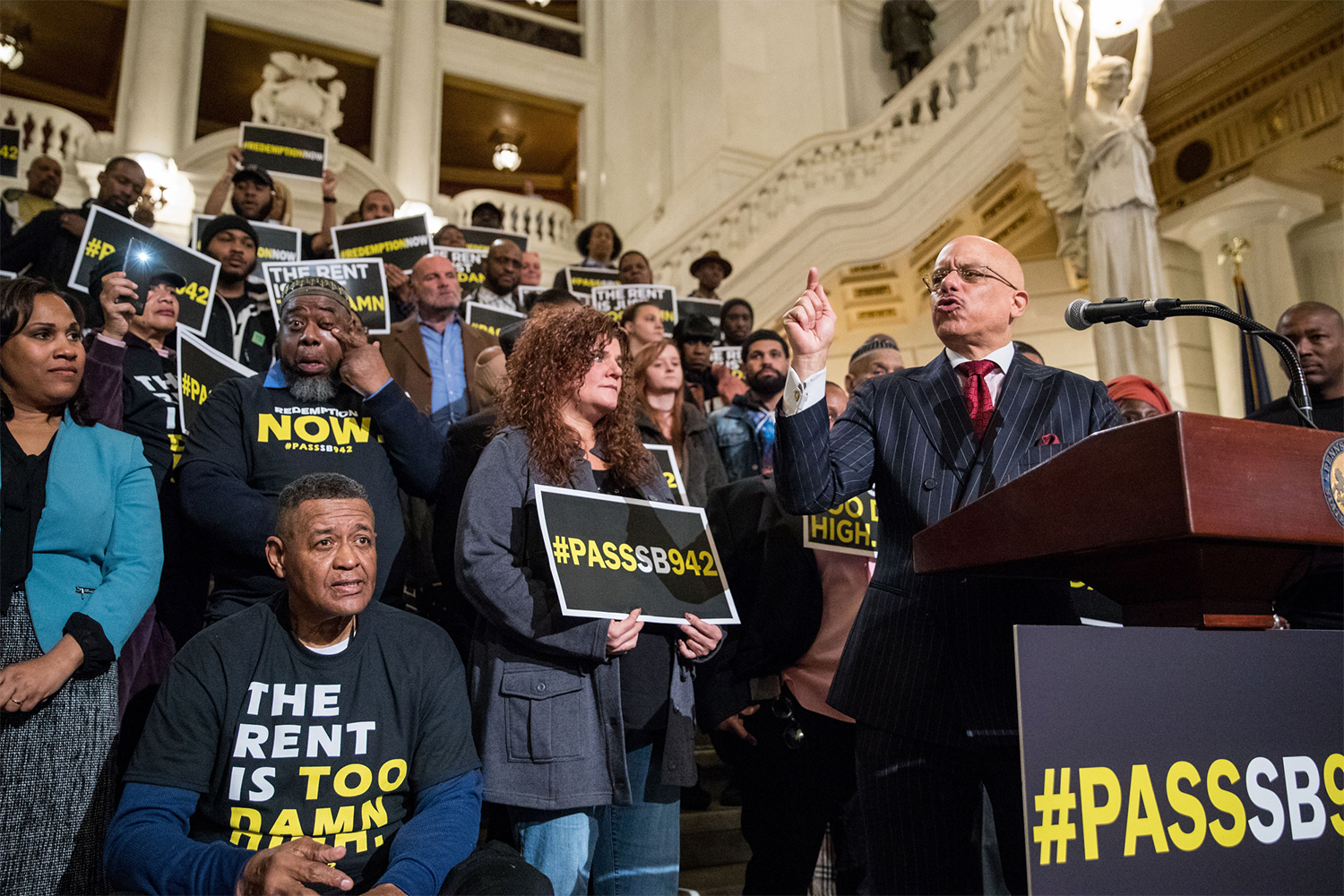 “It’s going to take courage, it’s going to take the leadership we are seeing today. I want to thank Senator Street for being courageous,” said Philadelphia’s Chief Public Defender Kier Grey. “These things are not always popular, but it also takes a great public service to go against what is popular and do what’s right.”

More information about Senate Bill 942 can be found at www.PassSB942.com