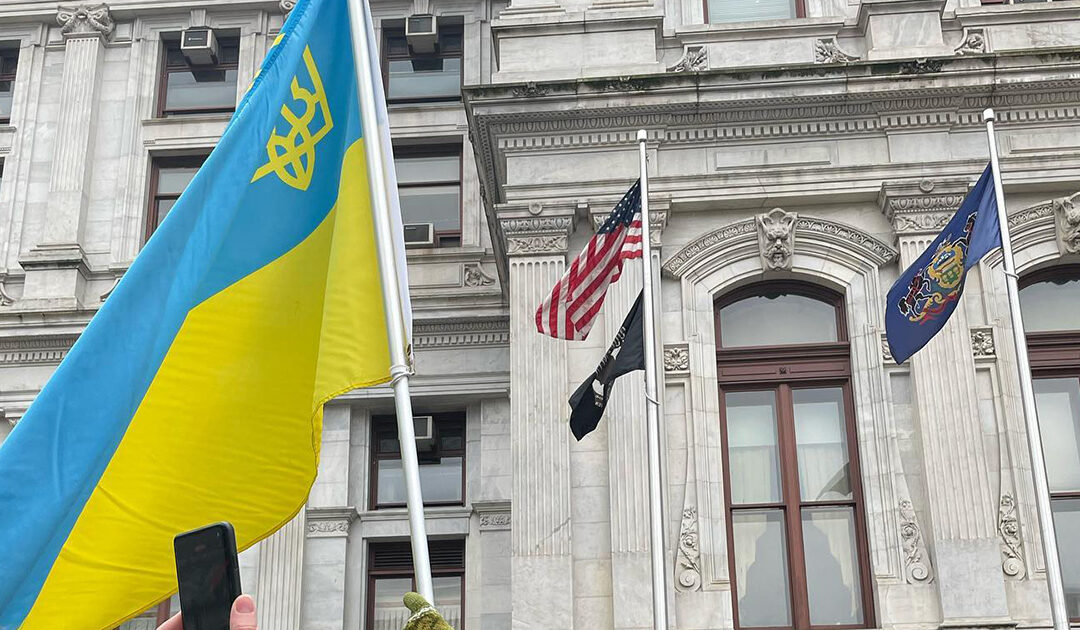 PHILADELPHIA − February 25, 2022 – Earlier Today Senator Sharif Street joined activists and public officials to stand in solidarity with Ukrainians against Russian aggression. The rally was hosted by the Honorary Consul General of Ukraine in Philadelphia in front of City Hall.

Senator Street pledged support for Ukraine stating, “We cannot, must not and should not ignore the atrocity of Russia’s unprovoked and illegal invasion of the sovereign nation of Ukraine. If the nations of freedom across the world allow Vladimir Putin to get away with the persecution and murder of the people of the Ukraine, he will only be emboldened to attack others. We must send a message, not only with economic sanctions at the federal level but at every level of government.”

Pennsylvania is home to the nation’s second largest population of Ukrainians. Senator Street will introduce legislation that requires public funds, defined as the Public-School Employees Retirement System (PSERS), the State Employees Retirement System (SERS), the Pennsylvania Municipal Retirement System (PMRS), and the State Treasurer, to divest investments in companies doing business with the Russian Federation. In 1982, Philadelphia Councilman John F. Street introduced legislation making the City of Philadelphia one of the first major American cities to divest from South Africa over its racist and oppressive apartheid system. As we know from history, divestment in South Africa had an outsized impact on changing the trajectory of that nation.