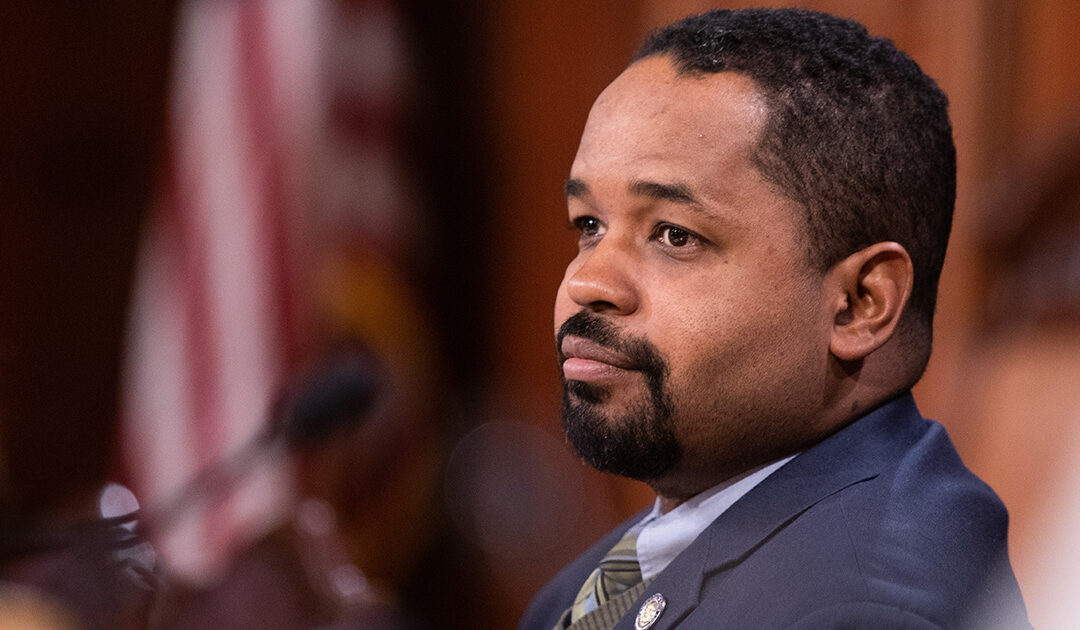 My name is Senator Sharif Street. I represent the 3rd Senate District in Philadelphia.

I submit this testimony in opposition to increasing the Philadelphia Gas Works current rates.

Philadelphia is the poorest major city with a poverty rate that has hovered at 26 percent for the past five years and forced more than 400,000 Philadelphians to live below the poverty line.

What does this translate into? Poor health outcomes, poor education outcomes, high crime and community instability. The poor are canaries in coal mines. They are the indicators when negative impacts of economic crisis are measured and suffer the brunt of ill-conceived policy by those who believe they are far removed from the economic deterioration laying in wait when a small business closes or a corporation downsizes.

In the past 10 weeks, 40 million Americans have applied for unemployment due to the COVID-19 crisis. Unemployment nationwide has risen to 14%, Depression Era numbers. And, these numbers don’t include those impacted by the most recent civil unrest.

The issue of energy insecurity is well documented. My office works with hundreds of constituents a year who have no other place to turn for help with their PGW bills.

Raising rates is not sound policy at this time of economic insecurity.

Moreover, PGW already has one of the highest percentages of consumers systemically unable to pay for routine bills. This results in higher uncollectable receivables which only serves to make PGW as a corporate entity, and its customers, look irresponsible. This rate increase would only exacerbate that reality.

“The economic hardships associated with unaffordable utility bills resulted in arrearages often marked by thousands of dollars of debt to utility companies and brought consequences which included limits to energy access as well as restrictions on the ability to change residences. Utility arrearages reflected financial hardship but were also linked to billing issues, landlord improprieties and seasonal variations as well as building-level inefficiencies that increased costs. Shut-off threats and the disruption of utility service were a persistent cause for concern among those behind on their bills, though some families were able to seek shut-off protection by leveraging medical vulnerabilities.

One factor that contributes to energy as an ignored hardship is the lack of an appropriate label and related conceptual framing. While the term “energy insecurity” exists in the literature, the phenomenon is not well understood. Existing studies have utilized the term to understand its connection to low socioeconomic status and other social disadvantages, negative health outcomes, and in conjunction with other economic and environmental insecurities. First, socioeconomic status and race/ethnicity are closely linked to the experience of economic energy insecurity. Hernández et al. (2016; 2014) demonstrated that households near or below the federal poverty line were more likely to surpass the ten percent threshold on energy expenditures. The authors also found that African Americans across the economic spectrum experienced economic energy insecurity at the highest rates… (Hernández et al, 2014, 2016).

Second, energy insecurity has been linked to health and other hardships (Cook et al., 2008; Smith et al., 2007 Frank et al., 2006; Nord and Kantor, 2006). Cook et al. (2008) found that children in moderately and severely energy insecure homes are more prone to food insecurity, hospitalizations, poorer health ratings, and developmental concerns than children in ‘energy secure’ homes. The “heat or eat” dilemma demonstrates the trade-offs that low-income householders make in order to meet the basic necessities of life whereby at-risk groups are forced to decide between food and energy, often sacrificing one for the other (Frank et al., 2006; Nord and Kantor, 2006; Food Research and Action Center, 2005; Bhattacharya et al., 2002). Third, energy insecurity has also been linked to other insecurities such that rising energy costs have also impacted access to clean and safe water (Eichelberger, 2010). Beyond these limited examples, attention to energy insecurity remains scant and research in this area is severely underdeveloped (Hernández, 2013).”