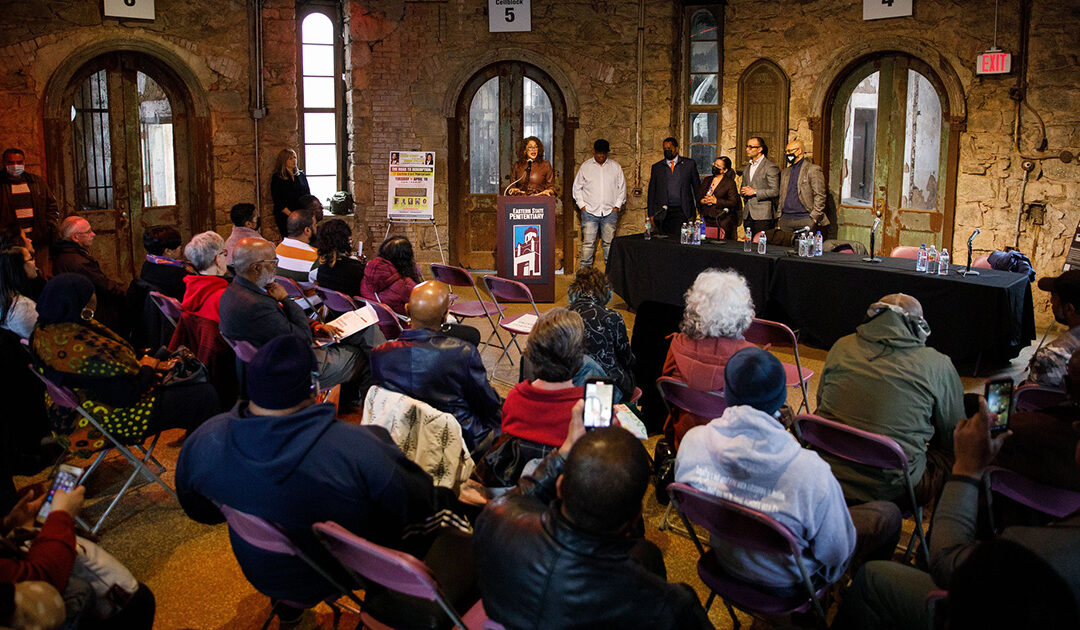 “We are talking about people, geriatric individuals having served long sentences, who are statistically less likely to commit a crime than those selected randomly from the general public,” said Street, “In many instances they have not taken a life, pose no public risk and yet cost the most to incarcerate. We are warehousing a senior citizen population, many of whom would be better served returning to their communities. Under my legislation they would have an opportunity to be heard by the Parole Board. The commutations process is ill suited for a commonwealth that incarcerates among the largest population of the aging for the longest periods of time anywhere.”

Pardon Secretary Celest Trusty agreed saying, “As an unfortunate leader in sentencing people to endless incarceration, Pennsylvania must robustly expand access to second chances and allow our elders and mentors to return to our communities. We have beautiful examples of formerly incarcerated people in Pennsylvania who are among the strongest threads working to repair the fabric of our communities.

State Rep. and PLBC Chairwoman Donna Johnson-Bullock co-hosted the event called it a chance to “celebrate the work of those who have been incarcerated. It is their advocacy that has elevated this issue in our legislature, so that everyone can get not just a 2nd chance, but a fair chance.  So, folks can come home and contribute to their families and communities, giving others a first chance.”

The event focused on testimonials of those who have successfully rejoined their communities and have had a significant impact, including: Bobby Harris, former juvenile lifer, who served decades and now owns multiple businesses, Louis Reed, Senior Advisor for REFORM Alliance, David Luis “Suave”  Gonzalez recent winner of the IDA Documentary Award and Robert Saleem Holbrook, Executive Director of the Abolitionist Law Center. Senator Street will continue to advocate for medical parole and parole reform for lifers, policy that makes both moral and fiscal sense. See legislation here.