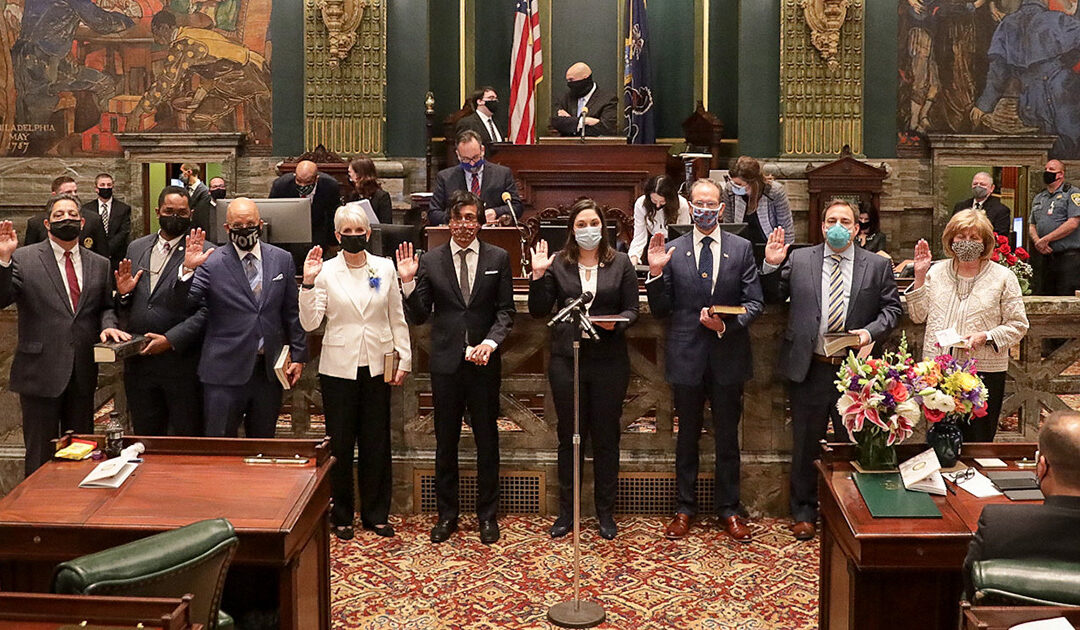 HARRISBURG − January 5, 2021 – Senator Sharif Street today issued the following statement after being sworn in to a second term in the Pennsylvania Senate:

“Today I was honored to be sworn in to a second term in the Pennsylvania Senate serving the third Senate District in Philadelphia. This is both a privilege and honor.

My colleague, Senator Jim Brewster, duly elected by the people of Pennsylvania and certified by the state should have been sworn in with me.   The PA Senate Republican Leadership refused to seat him and provoked a back and forth between both parties on the Senate floor with families watching.

Rather than today’s theatrics, we, the General Assembly, should have put everything into governing and protecting our communities from the pandemic.  Small businesses have been decimated. Families face growing food and housing insecurity. Unemployment is growing and our children are not being educated in an efficient or equitable way. Essential workers and our health heroes continue to receive more in lip service than adequate PPE and hazard pay. Government has been slow to administer the COVID vaccine even as our communities grow desperate for leadership and resources that make a real and measurable difference in their lives.  These are the things regular families care about. This is the work we are mandated and were elected to do, not subvert the will of the American people.”