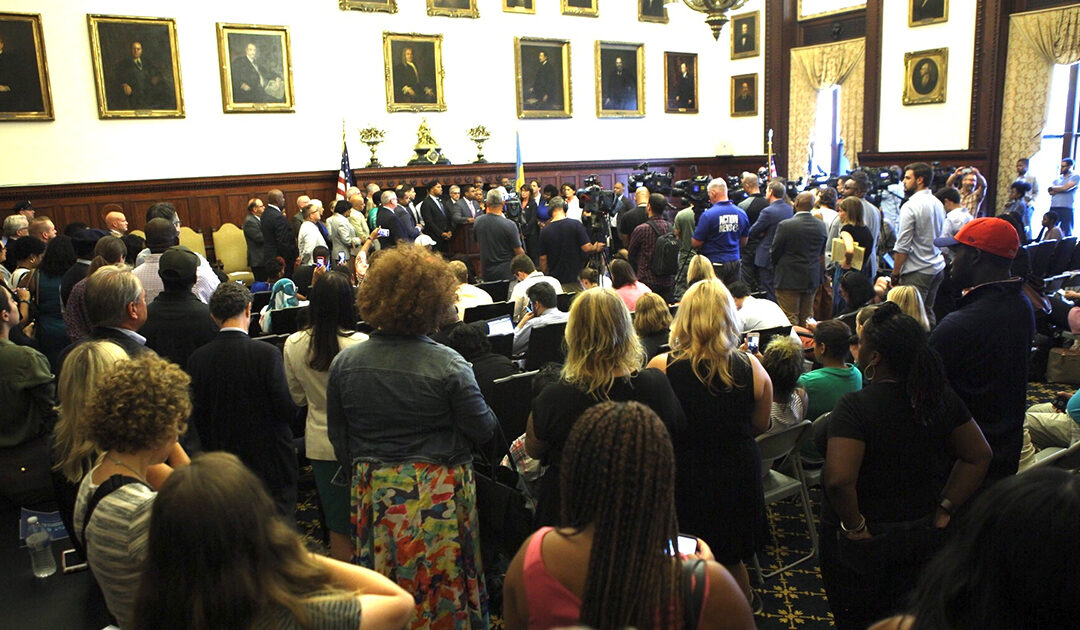 Philadelphia, PA − August 15, 2019 – Senator Sharif Street (D-Philadelphia), today joined Philadelphia Mayor Ji Kenney, Senator Bob Casey, Congressman Evans and Philadelphia Police Commissioner Ross along with a host of elected officials from every level of government to condemn the inaction of state and federal leaders in the wake of chronic gun violence and mass murder, prefaced by the largest mass shooting of Philadelphia law enforcement in recent history.  Six police officers were shot, and dozens more held at bay for hours by a single armed assailant with an assault weapon. 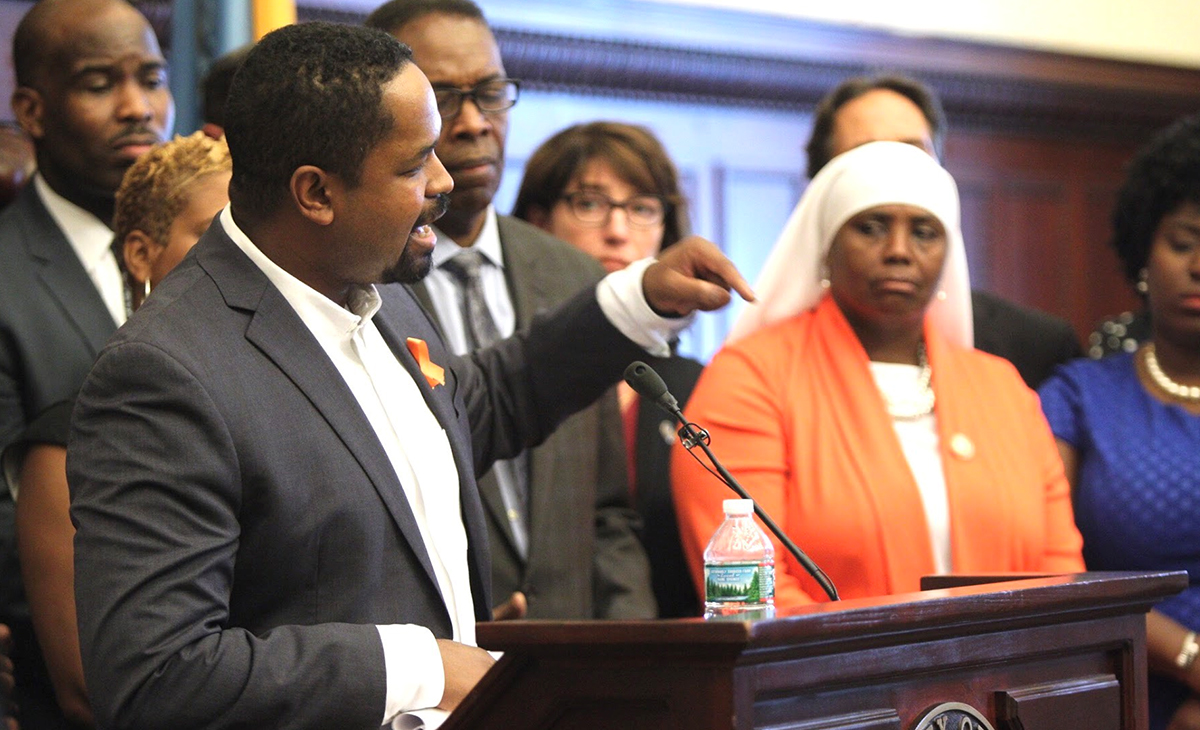 “Good guys with guns, couldn’t stop a single well-armed individual with a military grade firearm and enough ammunition to endanger countless law enforcement officials”, Senator Street said. “It is a miracle there was no loss of life. The routine thoughts and prayers have become empty rhetoric and will continue to ring hollow unless substantive changes are made around the proliferation of these weapons.  I will offer legislation to restrict the sale and purchase of military grade weapons and accessories.”

Senator Street laid out a variety of legislation offered by colleagues in the PA Senate including safe storage laws (SB138), extreme risk protection orders (SB90), firearm safety training (SB196), universal background checks (SB88) and an Assault Weapons ban (SB292).  Republic leadership has refused to call any of these bills for a vote.

Senator Street gave an impassioned speech on the lack of reform in the wake of chronic gun violence and indicted Republican leadership “We are derelict in our duties because the majority caucus is afraid of the NRA. They’ve turned their back on the people murdered in Squirrel Hill, they’ve turned their backs on the people killed in Allentown, Reading, in York, in Erie and the people in North Philadelphia including the Philadelphia Police Department who should not have to go up against those who can fire weapons from great distance or with rapid fire. There is legislation that has been offered. We have not held public hearings or votes, nor come close to doing what we are supposed to do.  The next time my colleagues offer their thoughts and prayers and pretend that they are people of faith, I say until they show me their works their faith is dead.”