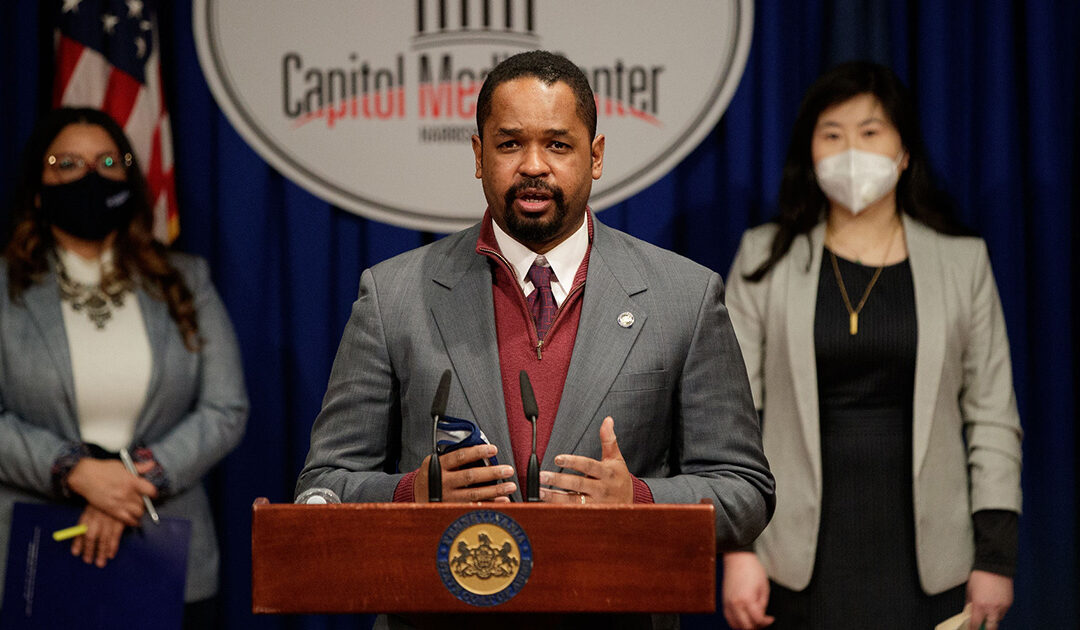 Office would focus on attracting, retaining, and embracing immigrants in Pa.

HARRISBURG — February 9, 2022 — Joined by immigration advocates across Pennsylvania, members of the Welcoming PA Caucus unveiled legislation Wednesday to establish the Office of New Pennsylvanians. The bill, known as H.B. 2173, is sponsored by Reps. Sara Innamorato, D-Allegheny, and Joe Hohenstein, D-Phila.

The Office of New Pennsylvanians would be tasked with attracting, retaining, and embracing immigrants in the commonwealth. Specifically, the office’s duties would include responding to inquiries about immigration issues in Pennsylvania, coordinating with state agencies on immigration-related policy, and collaborating with higher education facilities, municipal officials, and business stakeholders to foster strategies for immigration attraction and retention, among other functions.

Innamorato and Hohenstein co-chair the Welcoming PA Caucus, a group of lawmakers dedicated to helping make Pennsylvania a place immigrants want to start their new lives and welcoming them with open arms.

“Immigrants move to our country for the promise of freedom and more opportunity. But recent Census data shows Pennsylvania is lagging in population growth. So, it’s more important than ever to enact policies that welcome them to our beautiful commonwealth,” said Innamorato. “The Office of New Pennsylvanians would help provide them with a seamless transition — making it as easy as possible to move here, find jobs, and secure an education.”

“My district is home to many important immigrant communities, Chinese, Polish, and Latin American,” Hohenstein said. “Immigrants who make their homes in Pennsylvania contribute to our economy, our culture, our community and to the fabric of who we are as a society.

“It is incumbent upon each of us to ensure that people who emigrate from their home country to Pennsylvania will find a new welcoming, supportive home here,” he said. “Codifying the support we provide to immigrants would establish that we see our responsibility to our immigrant neighbors as a priority and would benefit all Pennsylvanians.”

Sen Sharif Street, D-Phila., has been advocating for similar legislation in the Senate.

“The contributions of Europe, Latin America, Asia and the African Diaspora have made America unique, creating a rich tapestry of culture unlike anywhere else in the world. Moreover, our ability to compete economically as a commonwealth will hinge on our ability to attract, retain and integrate talent,” said Street. “I’m proud to join my colleagues in forming an Office of New Pennsylvanians that will welcome our neighbors while elevating our communities.”

According to a 2018 report from the American Immigration Council, 7% of Pennsylvania residents are immigrants, while 9% of residents are native-born U.S. citizens with at least one immigrant parent. The same report noted immigrants accounting for 9% of all workers across industries in Pennsylvania’s workforce.