With a Just Cause and Clear Vision, Street Joins Biden to Defend Democracy 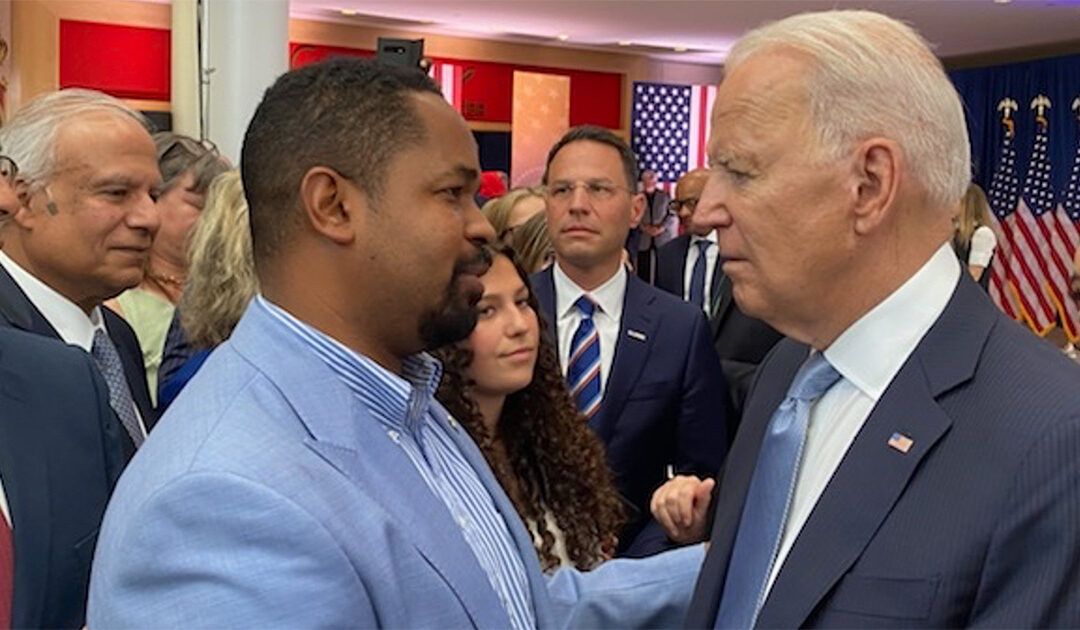 “Today President Biden delivered a timely address on protecting the sacred and constitutional right to vote. For nine months since the general election there has been a national coordinated effort by Republicans to roll back voting rights by making it more difficult to cast a vote. Pennsylvania is ground zero in the fight to protect voting rights. We won the right to keep vote-by-mail and ballot drop boxes in state and federal court. I continue to defend your constitutional right to vote as Democratic Chair of both the State Government Committee and Special Committee on Elections. Governor Wolf has vetoed every voter suppression bill that reaches his desk.

PA Republicans now work to directly amend Pennsylvania’s Constitution to avoid the Governor’s vetoes and continue to cast doubt on Pennsylvania’s elections as they seek a fraudulent audit of the 2020 results. Understand that this campaign to suppress the fundamental right to vote is a war of attrition. We will not waiver in defense of democracy. We must not allow the ceaseless advancement of legislation, lawsuits and lies to undermine the right to vote, the most fundamental aspect of our democracy.  Participation in the democratic process is how people hold government accountable. Any effort to reduce participation dilutes people’s power. This is how democracies die. Our cause is just, and I am undeterred in the fight to protect your sacred and constitutional right to vote.”